Did you know that part of the becoming a citizen of Canada is knowing what the symbols stand for? They represent pride in the country, and the ceremony at which you’ll become a citizen may be filled with these symbols. As Canada Immigration Consultants, we want you to know what they represent, so that you can feel the same pride that many of Canada’s citizens feel. The Government of Canada offers some insight into these symbols as well.

With a little bit of knowledge, you can further enjoy your ceremony to become a Canadian citizen.

The Flag and the Maple Leaf 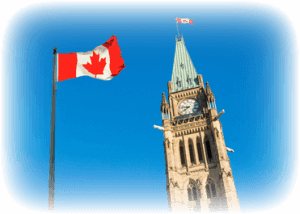 Usually displayed on a flagpole, the flag must be in good condition, if not new. It must be in a place of honour. In 1965, the red maple leaf replaced the Canadian Red Ensign. This maple leaf had actually been a national emblem of Canada since 1860. Throughout history in Europe, red and white have been the colours of England (White) and France (Red). The red and white colours were approved to represent Canada in a proclamation by the Royal Arms in 1921.

This Canadian national anthem was proclaimed in 1980. However, it was first performed 100 years previously, in 1880. Composed by Calixa Lavallée originally, the French lyrics were added by Sir Adolphe-Basile Routhier. The lyrics in English were written in 1908 by Robert Sanley Weir. Although there have been some alterations to the English lyrics, the French lyrics have remained unchanged. 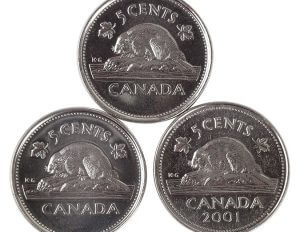 Why is the beaver on a coin of Canada? These hardworking rodents have become a symbol of Canada. The reason goes back in history. When the first British and French explorers came to what was to be Canada, they did not find the spices that they were looking for; instead they found lots of beaver. This animal became the basis of a fur trade that included Europe. The traders went back to Europe and sold the pelts, which they had bought from the natives for very little. The beaver became the symbol of the Hudson’s Bay Company.

The head of Queen Elizabeth II, who is the head of state of Canada, is on every coin. As the Head of State for Canada, she has been queen of the country for over 60 years.

The Canadian Crown is a symbol of Parliament, government, legislatures and courts, police and armed forces.

The Buildings of Parliament 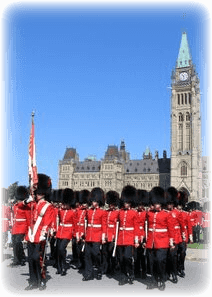 These are also symbols of the country. The tower that is located in the middle has the name of the Peace Tower. Considered treasures of architecture, the buildings were rebuilt after a fire in 1916.

These are just some of the symbols you may need to know when you become a citizen.

If you have questions regarding Canada immigration and citizenship, we are here to help. Whether you are planning on migrating to Canada, want to know more about the Super Visa or are getting ready to take the citizenship test, we are here to help. Questions about parents immigration Canada or Canada spouse sponsorship? We can answer them, as we are a certified immigration consultant business. Browse our website and contact us.